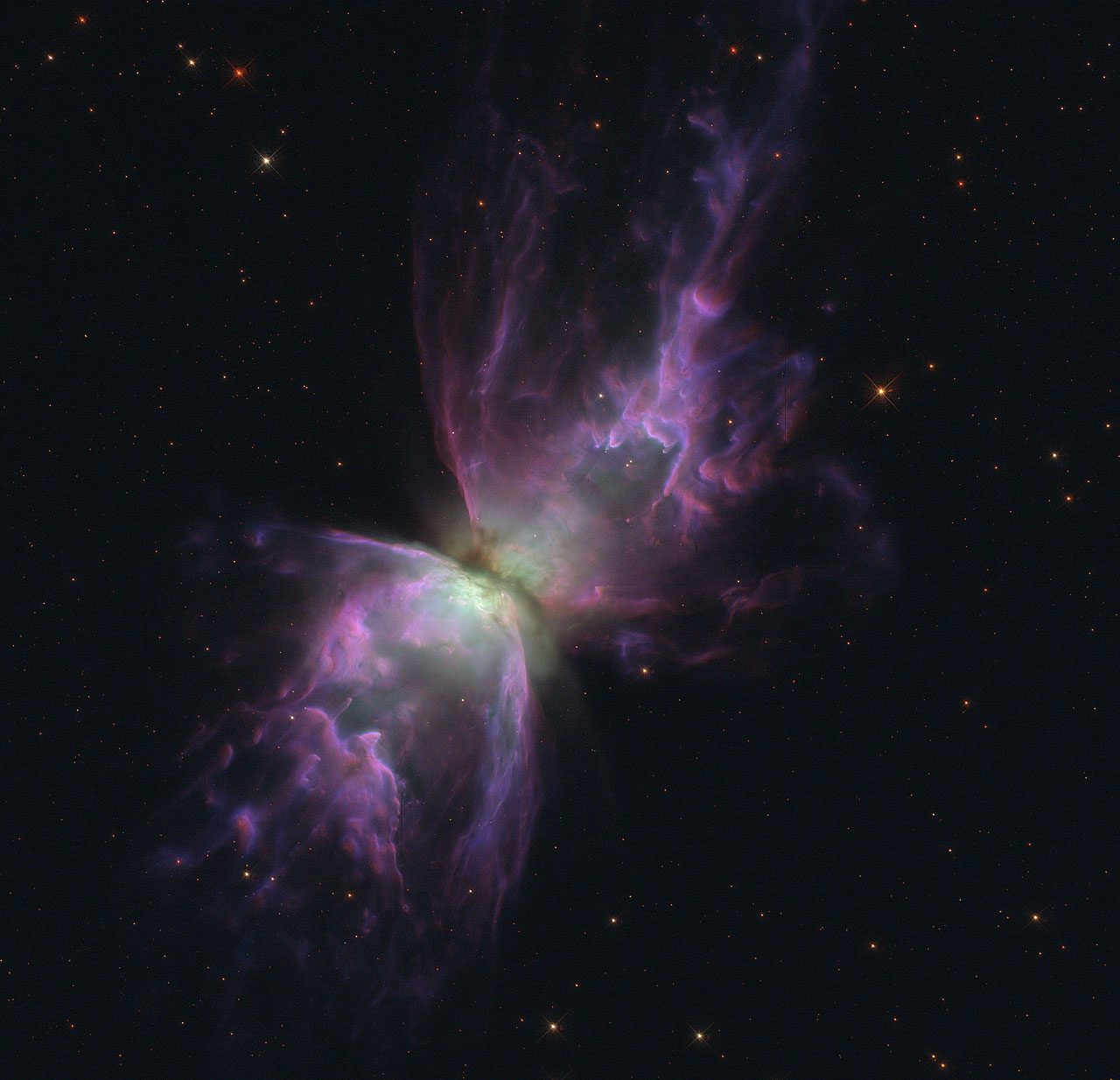 The Hubble Space Telescope captured this image of the “butterfly wing”- shaped nebula, NGC 2346. The nebula is about 2,000 light-years away from Earth in the direction of the constellation Monoceros . Gas released by a dying star races across space at more than 600,000 miles an hour, forming the delicate shape of a celestial butterfly.

It represents the spectacular “last gasp” of a binary star system at the nebula’s center. At the center of the nebula lies a pair of stars that are so close together that they orbit around each other every 16 days. This is so close that, even with Hubble, the pair of stars cannot be seen as two separate components. Astronomers believe that one of the stars, when it evolved and expanded to become a red giant, actually swallowed its companion star in an act of stellar cannibalism. The resulting interaction led to a spiraling together of the two stars, culminating in ejection of the outer layers of the red giant. Most of the outer layers were ejected into a dense disk, which can still be seen in the Hubble image, surrounding the central star.